It’s clear that Putin’s Russia, and possibly others outside the U.S., attempted to fuck with the American public in the 2016 election. You have probably read more than me on this problem. I just scan the headlines now. Waiting for a smoking gun doesn’t mean you have to become obsessed.

The methodology for fucking with us has been called Fake News. The term, of course, has been co-opted by Donald Trump, but the original definition of “Fake News” was connected to the fact that people or groups were creating websites that seemed like they were legitimate sites like ABCNews or CNN or what have you then they’d post made up crap about the discovery of female viagra that guarantees vaginal orgasms for all; or maybe some fake “study” about a special pill that gives men control of their boners for 24-hours at a time and allows them to have multiple orgasms and fill a quart jug with their semen by the end of the night. 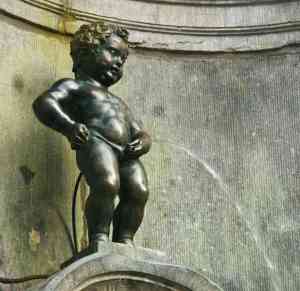 Fake news was an expansion to the Internet of spam like those letters you get about your secret wish for your boobs or your penis (or both).  It was only a matter of time for folks to figure out you didn’t just have to lie about growing naughty bits. The idea expanded from Falsey Internet sites to fake tweets and fake Facebook posts, and what not.

This game has so much more value for politics. It was only natural, because while spammy internet sites were going crazy with distortions in virtual space, we had TV, websites, and specious, amateur news organizations (you know the ones) specializing in hyperbole, conspiracy theories, and other attention getting communication methodologies, figuring out they could just go over the edge and simply make shit up when necessary.

And since we’re a global community now, it’s really awesome that eastern Europeans and the Russians have gotten into the game. It’s just sad that so many Americans are gullible and uninformed. It’s a game folks. They’re fucking with you in order to make money.

None of this lying and distortion is new. What is the news anyway, even when it’s all true, but a sophisticated and ordered form of gossip.

Gossip is a funny thing. It may well be the reason human beings taught themselves to speak in the first place. The whole idea of coming of age and being mature is learning how to manipulate others through the act of telling stories for your own gain. We all do it regularly. We do it to ourselves, too.

Some people are better at fucking with the truth than others (my ex-wife was a genius at that kind of thing). Some people know better (my current wife is as guileless and trustworthy as anyone I’ve ever had sex with). It doesn’t matter. We love gossip more than dessert and probably even more than pornography.

Lying and twisting up truth has been a basic professional activity at least since the early days of pulp news in the late 19th and early 20th centuries. Yellow journalism was a basic force in America beginning with media barons William Randolph Hearst and Joseph Pulitizer. The idea of ethical reporting took a back seat for both of them as their papers freely used hyperbole, exaggeration, quotes from disreputable sources, and stilted points of view.

Somewhere back in the middle of the last century supermarket tabloids like National Enquirer and The Globe, and Weekly World News became a standard point-of-sale prop in grocery and drug stores. While waiting to buy laundry detergent and cat food, we’ve all been privy to Elvis sitings, alien abductions, and the latest Hollywood divorce secrets.

Then there’s the whole world of the shock jock and conservative radio talk shows that gained popularity in the 1980s and have simply become a driving force in shaping the precious minds of non-critical thinkers in America for several generations. Rush Limbaugh and Morton Downey, Jr. were the main movers and shakers in that world (Howard Stern, too). Now there are literally dozens of fringe conservative mouthpieces throughout the country — on the radio, on TV, and tucked into little rat holes on the Internet everywhere. And we all know about Fox News these days. It’s the logical extension of yellow journalism and shock radio.

Here’s the thing, though: while overt distortion of reality is obvious and unethical, most media coverage these days utilizes elements of fake news as a matter of course. For instance, journalists report on surveys and opinion polls then extend that information to conclusions about “what the American people think — or feel.” There are two problems with that type of reporting: 1) Groups are theoretical constructs, they don’t feel or think anything — only real people do; 2) Surveys and polls are all about percentages, so if 53% of respondents said they prefer hamburgers over hot dogs on the 4th of July, that doesn’t mean America is a hamburger nation. And if you know anything about surveys, the way questions are asked and the nature of the survey population need to be clearly defined.

Then there’s the standard news item that has become all too common where reporters go out on the street and talk to people to get their opinions on the topic of the day. Quoting eight random people on their views of abortion or legalizing marijuana is about as meaningful as simply making up eight separate characters for a news story. People who fabricate interviewees lose their jobs. People who pretend that talking to people on the street is news get paid six-figure salaries.

There’s also the fabulous interview technique, prominent in high-end media like NPR and 60 Minutes, of putting words in people’s mouthes:

“It sounds like it was one of the most amazing experiences you ever had.”

“Yeah, it was. It was an amazing experience.”

“The most amazing ever?”

“Right. The most amazing experience I ever had.”

This kind of journalism is peeing on the living room rug of public discourse. I feel bad for reporters who have come up in the last few decades. I’m embarrassed for them. Do reporters of today have some weird fetish they learned in J-school? It’s not okay to pee on a rug in anyone’s house — especially the people’s house.

There’s nothing to be done once pee-ers let loose. Once that pee dries it’s going to stink for a couple weeks. A stain can show up that is impossible to get rid of completely. This used to be a skeptical nation that understood the need for critical thinking. Nowadays most Americans are quite enamored with the idea of knowing just enough to be dangerous — it doesn’t matter what side of the political divide people choose either. Liberals as a group are as smug and sanctimonious about what they don’t know or understand as conservatives. Everyone seems to need media to pee on the floor somewhere. Journalists are only too happy to oblige.

“Is it so hard to hold it?” I want to ask. “Can’t you just go in the proper place like you used to? Using the toilet isn’t just the proper thing to do, it’s how you honor truth and stay in the real world. Just because people expect you to pee on the floor in front of them doesn’t mean you are required to.”

Rising Above It All

I’ve read the newspaper every morning for the last 21 years. I watch the nightly news at 6:30 ET while drinking at the end of every day and making dinner. And I listen to NPR several times a day when I’m driving. But in the last year I’ve started tuning out. I still scan headlines these days, but rarely can I bring myself to read an article. I watch the news and can’t remember a thing they say, except maybe the ads. The ads I love. There are three or four TV commercial actresses I’m in love with. I can’t get enough of them. My wife laughs at me about that. I haven’t told her that sometimes I fantasize about several NPR radio women when I masturbate in the shower. There is nothing sexier than the disembodied voice of a firmly intelligent woman speaking the blues of life in America, trying as hard as she can to fight the foolishness of fake news, gossip, and distortion — trying hard, but failing nonetheless. Our life force seems to be swirling down the drain every time I look down.

I used to mindlessly call up my email in one tabbed internet window and Facebook in another every morning. I’m supposed to be a writer, but all I could do is go online and look for some weird payoff of communication other beings out there sent my way.

These days I find myself in a weird trance when I’m looking through my email. Sometimes I fall asleep while I’m looking through Facebook. The whole game of information payoff seems to be coming to an end for me. Nothing’s interesting any more. I don’t know what’s true or real anymore. 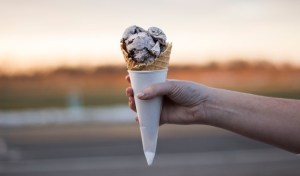 It used to be there was enough truth out there you never really had to doubt anything unless you wanted to. Reading the paper was as fun every morning as having ice cream for breakfast.

Now, with so much bullshit being told brazenly by the media in order to make money — along with the distortions of so many people in power — you have no honest choice except to assume that what you’re looking at or what you’re listening to is pure bunk. And there’s no payoff in that. It’s the reverse, actually, because you know if you believe what you’re confronted with, you’re pretty much a stupid person and the joke’s on you.

“Everything they’re telling me is wrong, I just need to figure out how…”

That’s where we’re headed. Call it fake news, distortion, whatever…hell, call it urinalism. There will always be fools who want to believe stuff, which means there will always be an instinct or most people who make money off telling you what’s going on out there.

I want to say that some unknown majority of us still have our shit together and know the difference between journalism and urinalism. Still, there are millions of men who think they’re giving their girlfriends and wives orgasms in under two minutes. For most of us, of course, we know life takes work — lots of patience, good vibrations, and a little tongue. But it also takes an awareness that it’s easy to mess with anyone’s head, especially if you don’t know exactly what you’re doing (which I want to point out is what women who fake orgasms are doing. Why? Why!!! Men need help. You’re just contributing to their tortured stupidity).

If I didn’t love sports so much I’d cancel my subscription to our morning newspaper. Cable television, too. Sports may be the only place in America where reality still runs wild and free. That in itself is a reason to stand for the national anthem at all baseball, football, and basketball games. Weirdly, for me anyway, it’s also a reason to still think there’s hope. Every sporting event is a celebration of reality and a story about truth. Isn’t that strange? Isn’t that amazing? … Wait, did the Supreme Court just make sports betting legal in every state that wants it? Fuck! We’re doomed.