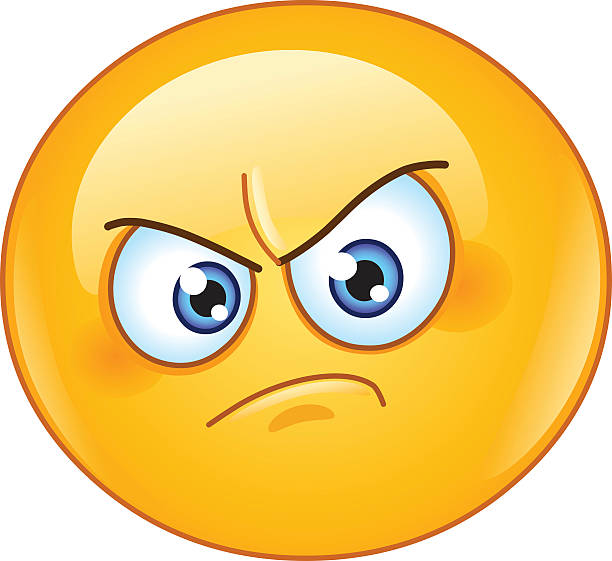 Yesterday I used the anger emoji

Generally, when I am confronted on social media with something that affects me adversely, I use the crying roundface emoji. The more diabolic something or someone is online, the sadder I feel.

In the end, sadness usually seems like the only legitimate choice—at least, that’s the way it was up until yesterday when I chose anger.

All of which leads me to wonder about where we are as a people here at the end of 2019 as this insane teenaged decade slowly morphs towards our collective ’20s.

If you read between the lines (or listen to the roaring hot bad breath emanating from the right side of any screen anywhere in America), Trump’s political appeal all along has been this current “president’s” game of laying big turds of shock and awe at the feet of the so-called “liberal mainstream media,” along with reasons for lefties to get pumped up with moral self-righteousness. Anger has become an American way of life on all sides of the great divide.

The current occupant, his allies, and many in the media want anger from everyone. They intend that anger

every morning. The dude in the White House wakes up then sits on his golden toilet, tweeting off a host of nasty thoughts for all to read. He knows that his “base” will love the feelings of self-righteous hostility they crave. He also knows that the rest of the country will fill up yet again with anguish and disgust against the obvious basketful of pathetic deplorable shit fucks who still think this dude is worthy of their support.

(Let me note here, too, before continuing, that the media, aware or not, wants your undivided feelings as well. Hate, fear, and anger are great emotions for selling papers and getting people to watch news shows — with the exception of the occasional world championship win and/or nude photos and evidence of sex tapes. Regardless, all those Trump tweets are obviously tools for getting people to pay attention to screens everywhere in one way or another. The dude is making so much money for every network from Fox to CNN to MSNBC to ESPN, and all the quality newspapers. Amazing!)

So Trump and his weirdo cronies very likely expect to get certain people angry every day; they want and need anger; anger makes people irrational and less likely to use good judgment. It also gives Trumpies and their minions great joy to piss off what they perceive as liberal snowflakes, finger-wagging progressives, uppity minorities, bitchy feminists, independent thinking rat fuckerss, and LGBTQ+ whiners.

And the political media eats it all up. So, in fact, do proper gracious folks everywhere.

My use of the anger emoji today, however, was not a political statement. A friend posted something about birdwatchers who want to require that cats become solely indoor animals unless they are de-clawed.

I love birds. I love foxes and raccoons, too. I also love the deer who congregate in our yard early every morning. Our cat wakes me up sometimes so he can go out and hang with the deer. He sits on top of a rock wall observing the five or six young fuzzy-antlered bucks who come to nibble berries on our bushes and trees. They trample our flower beds as well and have made vegetable gardening nearly impossible (along with the rabbits and groundhogs).

I do not write, however, to justify my use of an anger emoji with respect to bird watching fanatics everywhere. I am just concerned about having fallen prey to expressing my anger publicly in the sparkly maw of global social media.

Yes, I admit to a certain quick sense of satisfaction seeing that scowling demon of an emoji associated with my name. However, no more than a minute later I realized what I’d done. Becoming a part of the pissy pants kingdom of assholes is not a way to reduce stress in one’s life.

I mostly wear my Watch to track my heart rate. If it gets above 90 bpm I know I’m getting stressed. I really don’t like being stressed.

Both my wife and my girlfriend read the paper online in bed before we go to sleep. I read poetry and books I have no business tackling. For a while there I was doing one page of Proust’s Swann’s Way a night and then moving to profiles in People Magazine and advice columns in Cosmopolitan. Combining Proust with pop tripe makes for sexy dreams and interesting intellectual plot twists.

I have spent most of my adult life learning not to let my male rage loose in the world. There’s a dangerous cycle there where: you lose it; make everyone uncomfortable; feel like a loser and a prick; drink yourself towards softening and away from mayhem; and then you lose it again — a day later, a month, heck, maybe you’re one of them dudes that leaps from holiday to holiday. Male rage is nasty, but it’s mostly ignited by booze.

Alcohol is the single biggest cause of insomnia in America. I have no evidence for that, but I’m sure it’s true. Alcohol is also the cause of a lot of other fucked up stuff that happens after dark, but the sleeplessness alone is reason not to let yourself get angry over just anything. And that’s the point of my concern here these days: anger has become a normalized thing both in the collective digital universe and in the real world where life supposedly matters. It’s actually a pastime for some. That’s what you see when Trump goes out there to do his rallies. I think it’s pretty obvious that people are getting buzzed before his events so that he can be maximally effective setting them off.

All that anger is also what you find when people live their lives through their hand-held screens — doesn’t matter the type of anger: Black Lives Matter? #MeToo? Tom Brady Cheats? Love It Or Leave It? Harry Potter Isn’t Real? #RealDonaldTrump? You Will Not Replace Us? Yankees Suck?

I know this is controversial and too provocative for many, but any type of anger promotes the other kind. Negativity in general does not attract positivity, it just piles more negative into the world.

If you read my work, you’ll know I support downtrodden folks everywhere, however, no matter how “woke” you are (or think you are) expressing your thoughts and feelings angrily simply gives the assholes a reason to smile and a reason to hate even more.

Life is to be lived lustily and with full joy and a belief in beauty good food long walks and the occasional orgasm.

In the end, I edited out that angry emoji on Facebook. But I didn’t opt for roundface crying dude. I chose the love-heart. Then I added a comment: “Birds are so awesome! So are cats! I love them both. I love birdwatchers too. And cat owners. But someone needs to do something about poison ivy. I hate that stuff whenever I’m walking in the woods. Poison ivy, ticks, and mosquitoes.”

One thought on “The Anger Pastime: What’s Woke May Actually Be Broke”